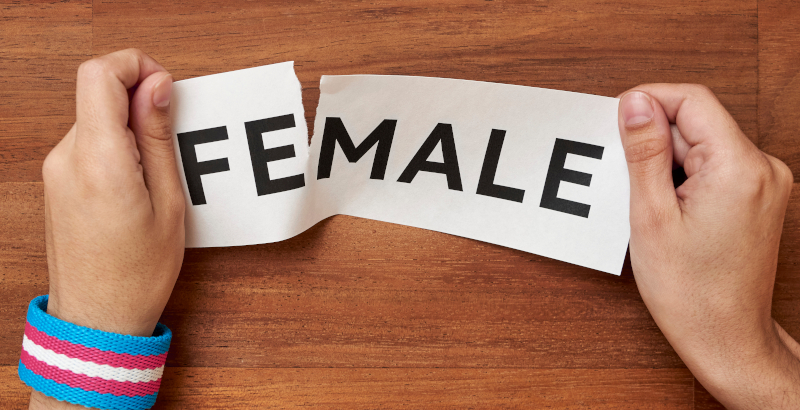 The Left frame their promulgation of transgender ideology as compassion, and call it social justice. By focusing on the feelings and perspectives of the related class of psychotic individuals, the Left suggest denying them what they want, is a Civil Rights violation. The Right and the rest of society needs to say, isn’t justice about coming to a solution that is fair to everyone – not just to one group of people? If a group of people think they are something they are not, and the rest of society disagrees, and the view of the rest of society is objectively true, how can the courts rule in favor of the group of psychotic individuals? For the courts to rule in favor of gender psychotics, it must say that all rulings before in the history of this country, that were based on objective truths, can be called into question. The courts must say as well, that the 1st Amendment rights of gender psychotics, supersede the 1st Amendment rights of the rest of society.

Remember, the historical solution to gender dysphoria was never its enablement (which is what transgender ideology does): it was about bringing patients back to reality. That is how psychiatry has cured every other delusional individual. That is what psychiatry needs to return doing, when it comes to dealing with gender dysphoria and related disorders.