A system of competing private actors, versus a government program

Entitlement and other government programs grow government to huge levels, and endanger our state and national budgets. When you take a comparative benefit analysis of privatizing government programs (with proper regulations) you see where they are much better for the constituents they serve, as well as the nation’s budgets.

I discussed in a previous post, the principle of conservatives introducing a system of private competing actors, in lieu of a government program, when addressing problems facing various constituents in our society. For example, instead of having a public educational system of government run schools, have a system of private and other non-government run schools that compete to get students, and empower students to go to these schools, by giving them money directly, rather than to the public schools. Similarly, instead of the government funding the VA, the government should provide insurance to veterans, so that they could go to a large choice of private health care providers. The government could also consider contracting out its facilities, or selling them off, or a combination of the two, while also providing certification and assistance to private health care providers, who would like to specialize in veterans’ care.

One might ask, what are the benefits of having a system of competing actors providing a service, in lieu of a government program? For example, why is privatizing the VA or our K-12 education system, better than leaving it to be run by government bureaucracies?

1) Competition will keep entities like educational providers more efficient, and provide better results, as that would be required to keep them in existence. This will impact tax payers by lowering cost to them, while the service providers will be creating wealth in our economy. A government program will simply cost more over time, and will not create wealth, but rather, increasing amounts of debt.

2) We will see more innovation because of competition.

3) Competition keeps entities honest, resulting in tax payers seeing less corruption from these private entities, than they would see from a government program.

5) Regarding the accumulation of wealth by competing actors, vs. the accumulation of debt by a government program, this point becomes all the more pronounced when you are dealing with privatizing large-scale programs like Social Security, Medicare, and Medicaid. Instead of the government continuing to take on ever greater debt with the aforementioned programs, threatening our nation’s solvency, this could be flipped over to the point where our economy enjoys instead, a boom of private wealth. 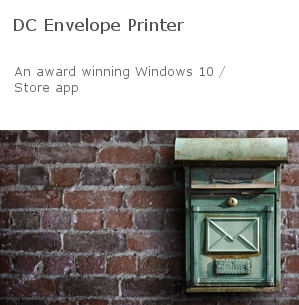